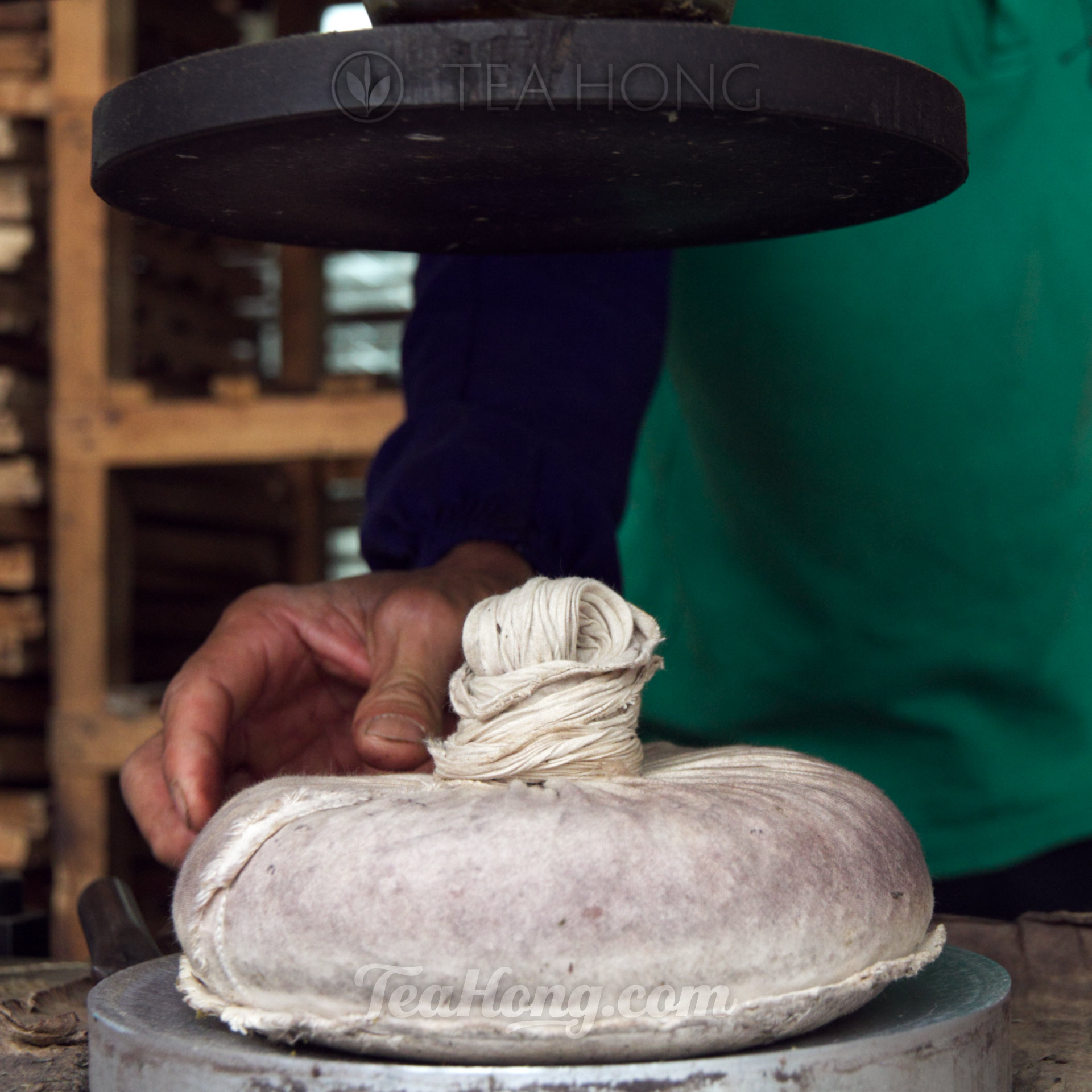 A bag of tightly packed steamed maocha placed under a press set for a 2 ton compression power to be turned into a cha bing. Notice the bag opening is tied into a knot in the centre. It will be pressed into the cha bing, forming the typical indent visible in all such products.

Done in the beginning as a means of packaging, compression to contain tea leaves in cha bing and other compact forms has evolved through the millennia. It was mainly green tea back in the early days. The steamed and then baked dried “cake” was prized when it is bright but light green in colour and has an intact, but rippled surface of the “cream” of tea.

The concepts and technology of tea production have evolved dramatically since the 7th and 8th centuries when cha bing was the de facto form, yet the discus format is still very much in vogue today.

Now rarely any green tea is made into a discus. We have seen only teas meant for ageing to have taken on this packaging format. The category of dark tea, of which pu’er is the predominant subcategory, comprises the far majority of compressed teas in the market.

It is debatable as to the exact reason why this form has been loved by so many even to this day. The very process of compressing the tea, nevertheless, does transform the nature of the tea and offers a different taste profile than the loose tea. Some even argue that the compressed form is better for tea to mature. Some think otherwise.

What is for certain though, is that additional steaming, extreme high pressure compression and then further baking do all become additional post-processes to alter the chemistry of the product. That is why we offer both loose leaves and the compressed form for your enjoyment.

It is also important for your knowledge that pu’er cha bing has also evolved in the past couple of decades into a speculative product. It is not news that some individual discuses can be fetching tens of thousand of dollars in auctions. Such incidents are nevertheless rare and far in between when compared with the daily consumption of similar products as normal tea, which accounts for tens of millions a year. 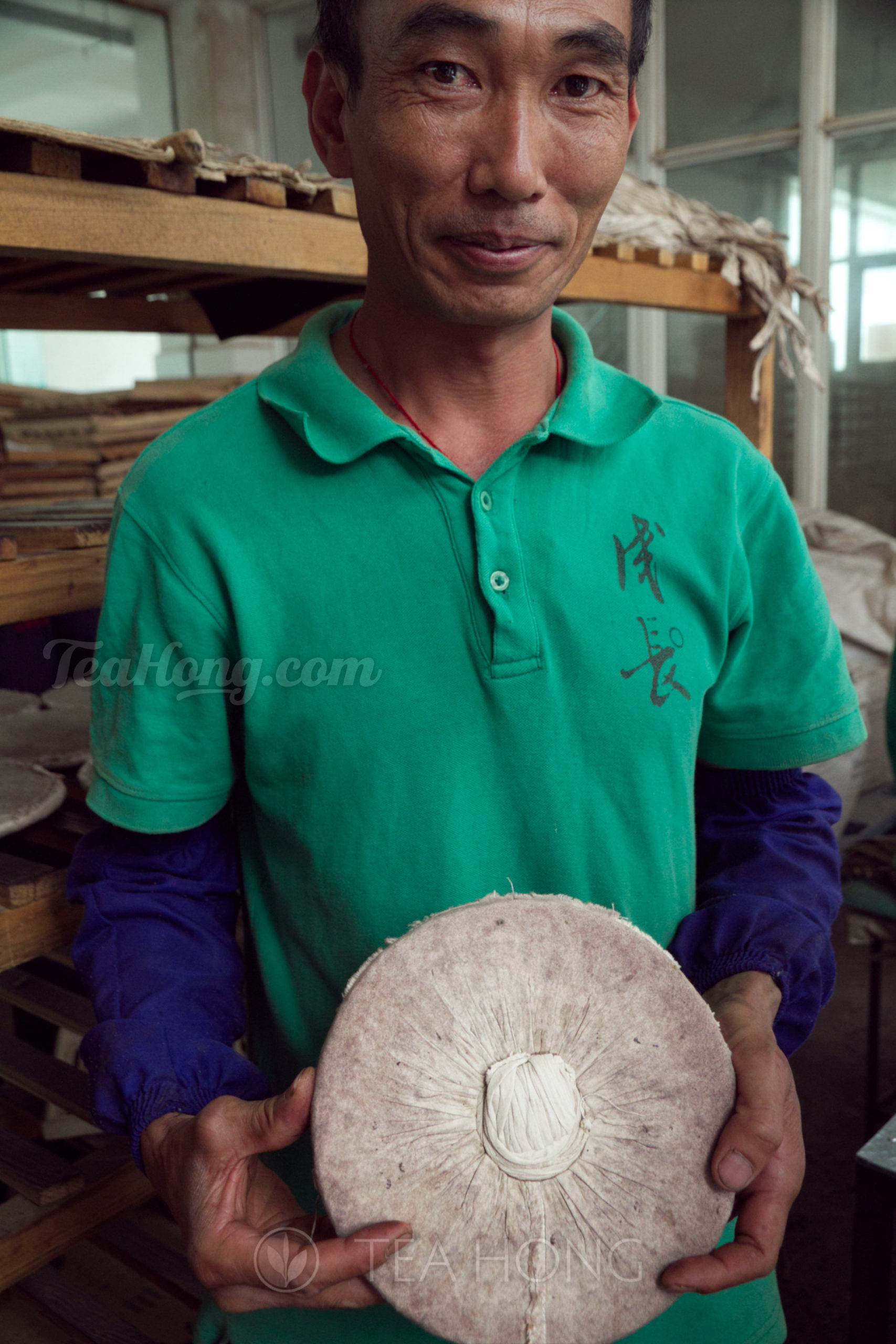 This is what a cha bing looks like when fresh out of compression. The original cloth bag, together with the knot that is now pressed into the thickness of the tea, is still to be unwrapped before it can be baked dry.

Tea Hong’s line of compressed tea is for gastronomy

We have therefore avoid all those suspicious of any traits of speculative intention, yet still from reputable origins and factories, and focus in the gastronomical quality in our offers.

While there are varieties that some people would boil in water, milk or other liquids to make tea, we have, as we have always been, limit ourselves to finer tastes that require only infusion. And a cha bing can be rendered quite differently according to infusion variants. That maybe one reason why it is a popular connoisseur’s delight.

Cha bing is also called Bing Cha, but I prefer the former, more traditional name for its more concise semantic reference of the product. 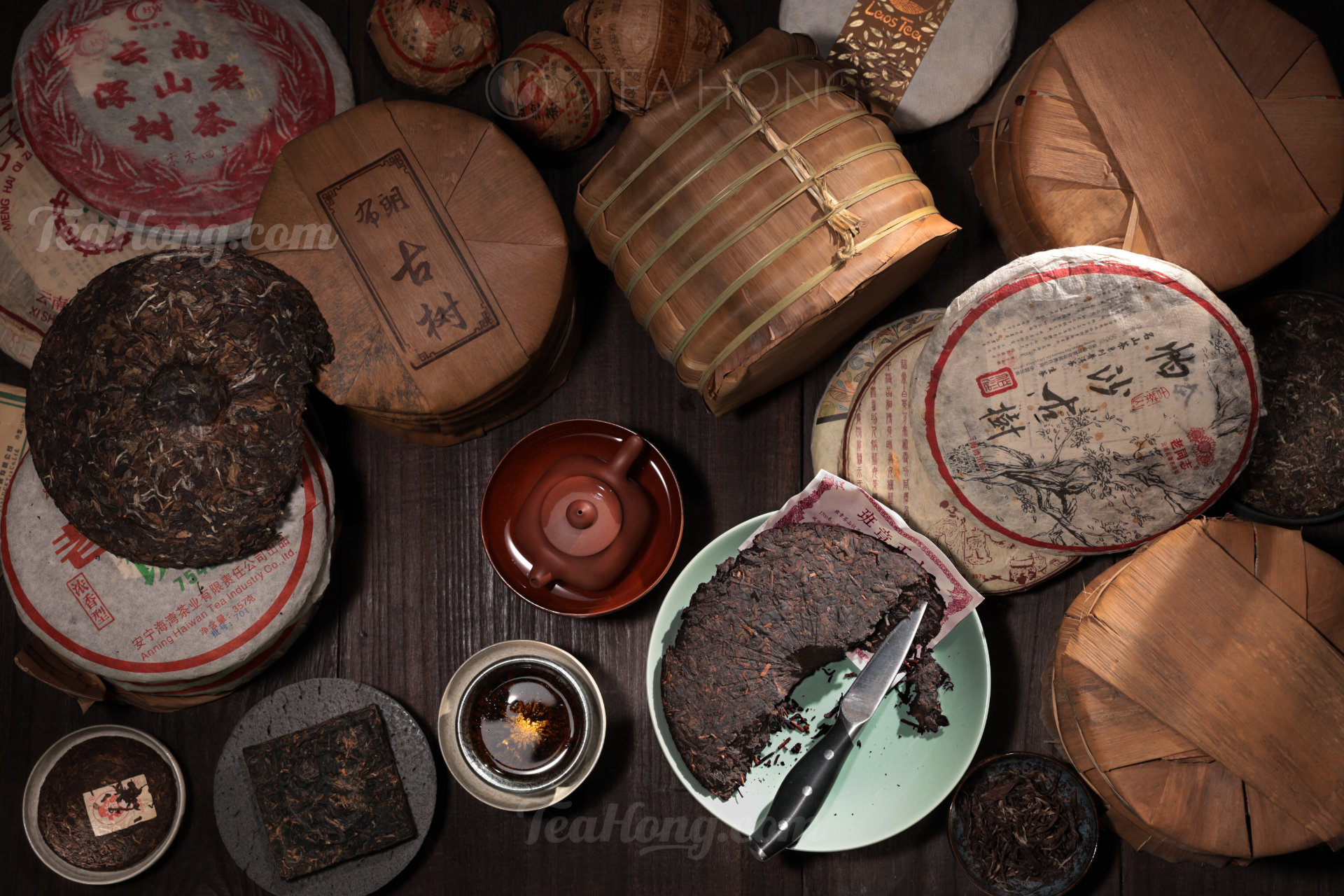 Tea Hong’s line of cha bing/ compressed tea focuses in the gastronomy aspect of the product rather than the speculative one, although you will still see big names and respectable origins in our offers.

What is a Shengcha? Maocha? And Pu’er Maocha?