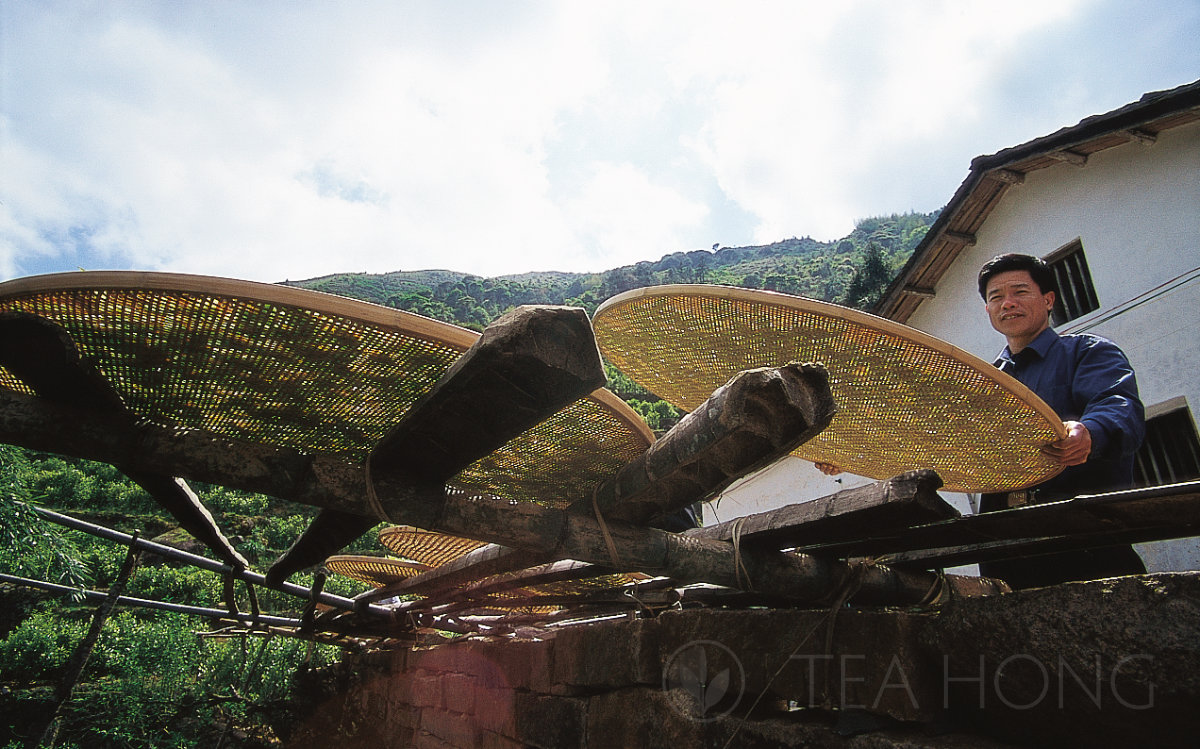 In 1998 when I was still a design consultant and tea was only a hobby, I had the opportunity to visit the tea region of Fenghuang ( i.e. Phoenix ) to have talked in depth with a number of producers and seen some actions. Although their traditional way of producing their particular kind of oolongs was very impressive, it was the taste of their tea and their pride in it that completely converted me.

In those days Phoenix was even more humble a rural area than it is today. The unexpected warm welcome of the local tea production community was more than a surprise. I was taken to many homes and workshops to sample their productions and explained to the differences of various varieties, their unique ways of processing and ways to enjoy the tea.

“if you haven’t tried a real Fenghuang dancong, you really do not know what is good tea” 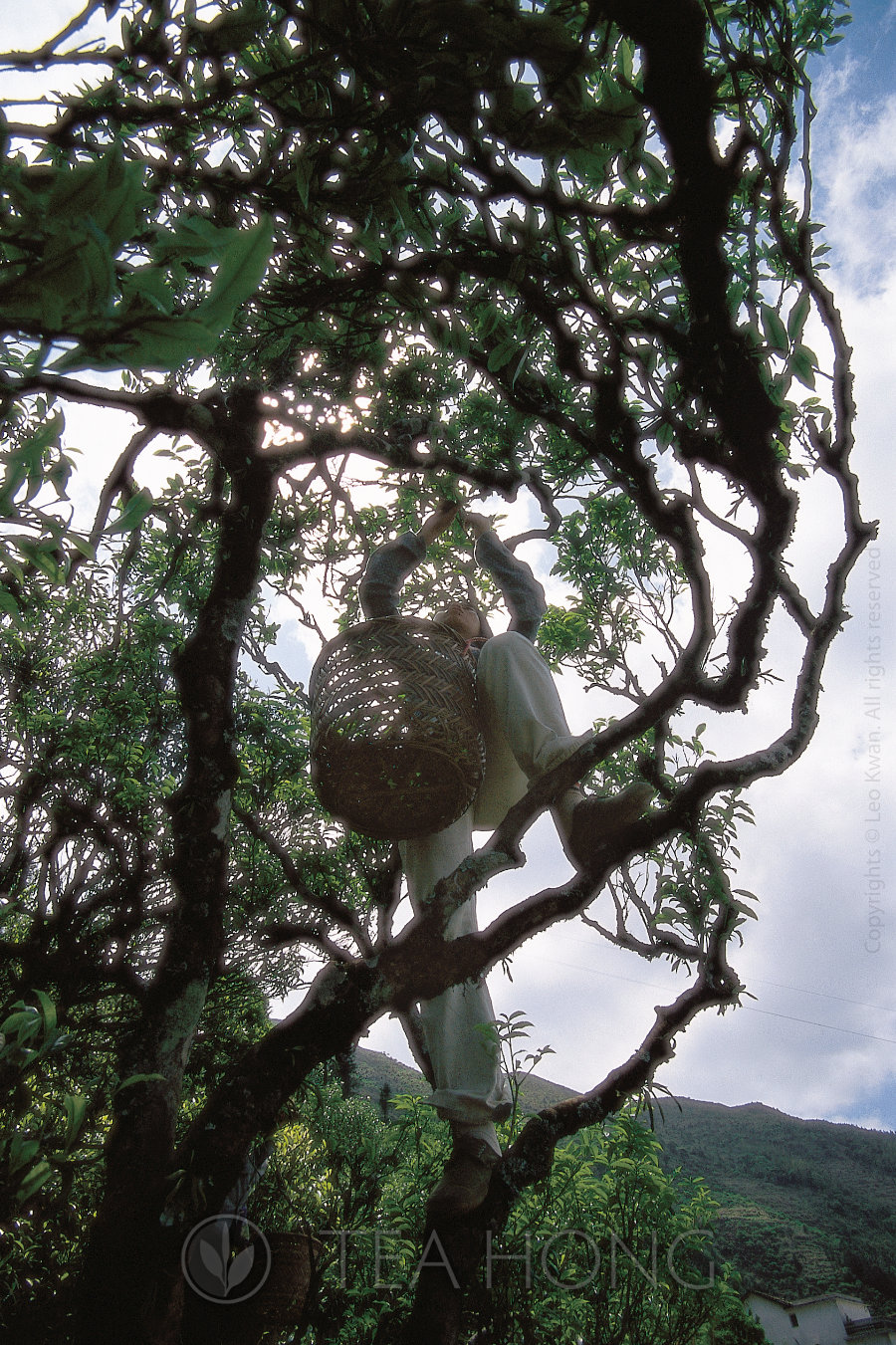 Girl plucking leaves on an old tea tree. Wudong, Fenghuang Shan, Guangdong. It is a tradition in Fenghuang to process the leaves from one single tree in its unique batch, hence the name single bush tea — dan cong cha. This practice is still alive and well today, albeit confined to older and productive trees.

Not only was each of them so very proud of their own products, but also collectively there was this sense of “if you haven’t tried a real Fenghuang dancong, you really do not know what is good tea” kind of sentiment, though in a more polite way.

Indeed, I can say that today the fullness and complexity of their tea is comparable only by few. That is after having been in the tea trade for over two decades and sampled quite a number of the world’s top products. At that time, I was simply stunned. Every cup of every sample that was offered to me was so enticing that I never refused any, and experienced “tea drunk” for the first time ever in my life. I was then pampered with offerings of mounts of milk candies, a huge feast and a few small cartons of milk to take back to the hotel. 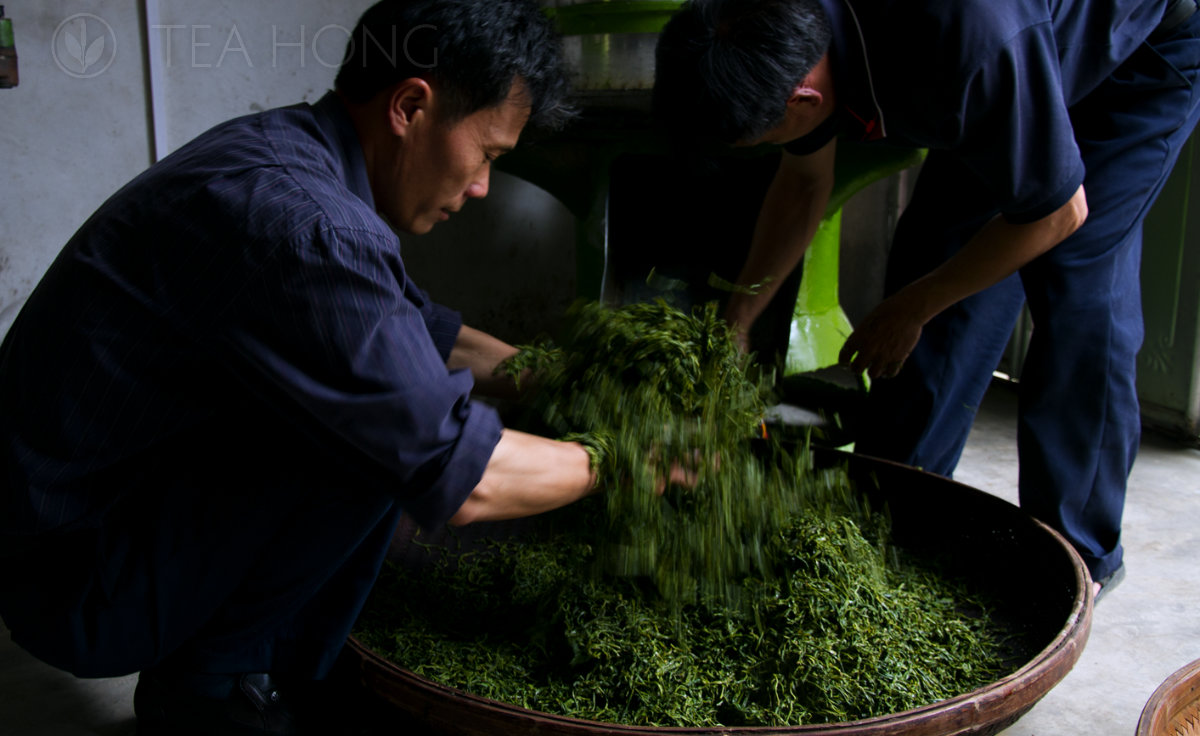 Master Chen loosening the lumps of freshly rolled tea leaves. This is a detail step to ensure proper and even baking in the many steps of finer Phoenix oolong production. This batch on the basket was half of their production that day.

The hospitality and passion for their heritage of these people made me feel that there was still humanity in China after all.

I witnessed a live tradition of the most ancient way of oolong processing, which intricacy and logic are still surpassed by none. In fact, for a unique tea culture dating back to at least 750 years, oolong existed here before even loose leaf tea had become the norm in tea production.

When most people maintain the lazy habit of low quality teabag or gimmicky bottled tea, fattening the wallet of huge corporations and their subsidiaries, a tea handcrafted in the longest tradition with every bit of real tea’s health and gastronomical benefits has to be told to the world. People deserve a finer and healthier drink.

What I thought was just a little field trip study for a consultant job to help a friend’s teashop business turned out to be a career changing, if not also life changing, experience for me. Two years later, I launched my own tea brand in a Paris food expo. 24 years on and waves of changes have passed, I am still as passionate a fine tea advocate as that little first visit had changed me into. Fenghuang dancong is still my tea of love. 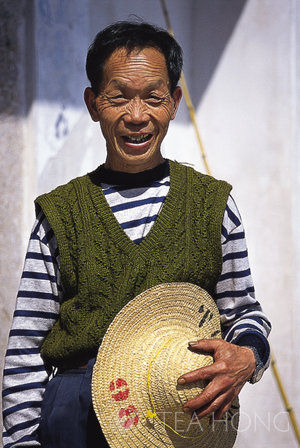 Old Master Wen was 82 when I took this picture in 1999. He had just worked through the night processing the harvest that previous day.