The making of this premium quality Fenghuang dancong requires a clear sunny day at the time of plucking the leaves at the right size.

Such just right condition did not happen this year for Song Cultivar in the finest production areas that we have always bought from. Now you know a fine dancong such as this is harvested only once annually, when the conditions are not right, there simply isn’t such quality even the leaves are there. 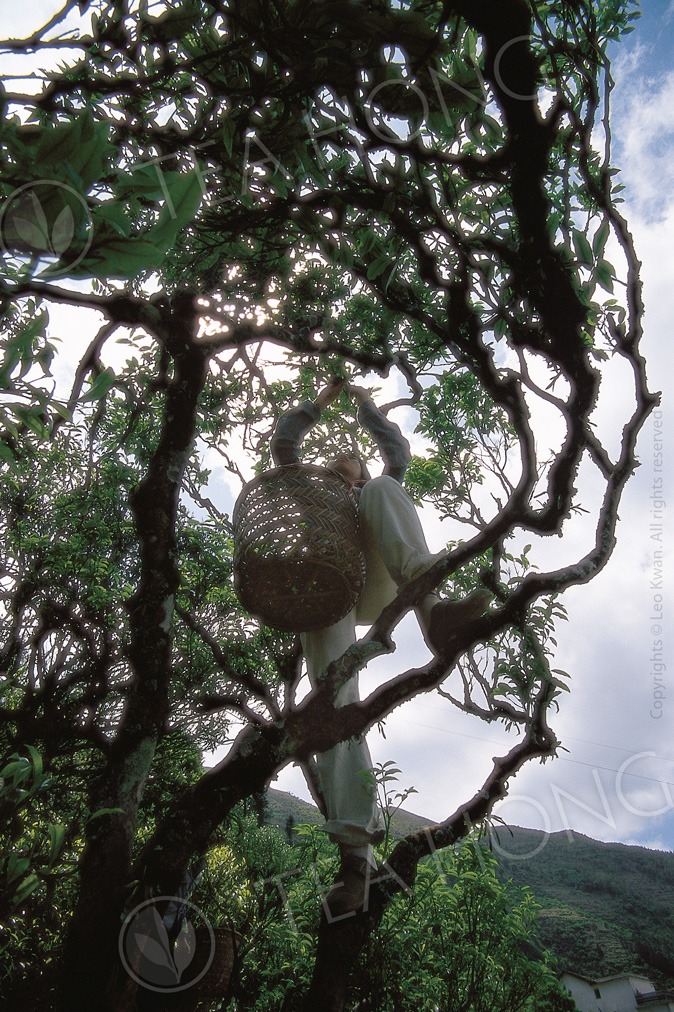 Girl plucking leaves on an old tea tree. Wudong, Fenghuang Shan, Guangdong. It is a tradition in Fenghuang to process the leaves from one single tree in its unique batch, hence the name single bush tea — dan cong cha. This practice is still alive and well today, albeit confined to older and productive trees.

We could have just pretended it never happened and sell you this compromised quality, but that is against everything we believe in.

However, 2015 was a good year. We have reserved a batch. Properly re-fired and rested. Originally intended to be released simultaneously with the 2016 harvest for added fun in comparing the two. Now we can’t offer this study opportunity.

Song Cultivar 2015 is re-fired for added depth but not to the extent of deep baking like Honey Orchid Supreme. This is truthful to the traditional Huangzhi Xiang style. It will also age better, because of this skilful firing.

Working with single batch rare productions, like what we have been doing, demands not only intimate understanding of the teas in all its production and consumption possibilities, but also an intricate network of resources and supplies. This is vital to continue the offer the range of only premium quality teas year to year.

We feel privileged to be able to continue to offer you this very fine taste even in a bad year for this particular selection. 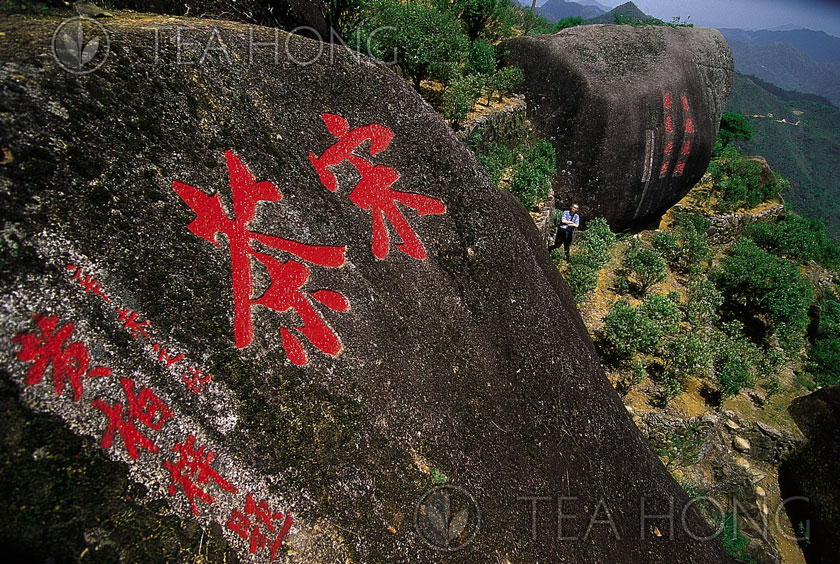 Inscription of the Chinese characters “Song Tea” on a dark rock above the living and producing tea bush that has been passed down since the Song Dynasty. That is why tea bushes directly propagated by this tree is called Song cultivar. Original calligraphy by Huang Bozi, the famous Fenghuang tea cultivar scholar.