What makes the taste of a tea?

The taste of a tea is the combination of its many tones, accents and tints. Like a good wine, or beer, or scotch, or saké for that matter, a good tea is one that strikes a unique balance between these many notes, in addition to, of course, its characteristic aroma and texture.

Other than the usual understanding of tea contents of caffeines and phenolic compounds, there are also pectins, amino acids, carbohydrates, minerals and hundreds of volatile substances. The quality of a tea predetermines these contents. They are the substances one works with to create the taste in the cup.

Unlike its alcoholic counterparts, the “brewing” of tea is usually done by the drinker. Although the leaves of a well produced tea predetermines the contents in the leaves, it is the nuances in making the infusion that manifests the potential of the tea. In another word, the enduser determines how the tea tastes. How well he/she “brew” the tea matters. 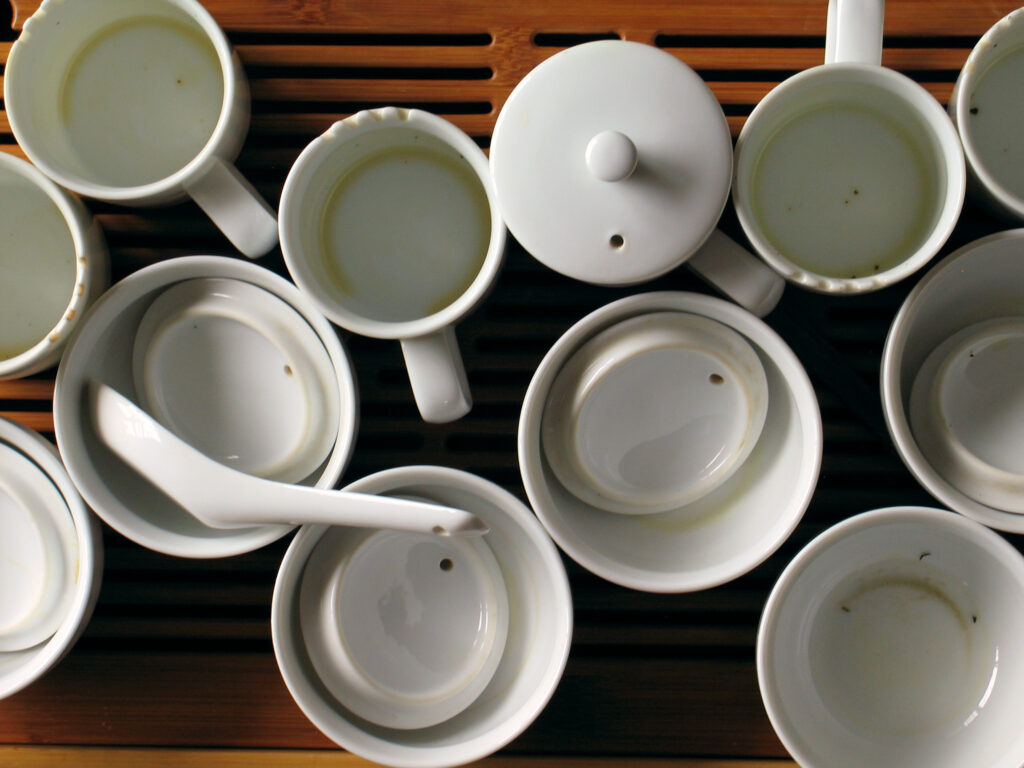 We get questions from customers all the time. A recent one asking for help is quite interesting. I personally reply the query with some directions for solution. I guess some readers may benefit from this answer so I am taking the liberty of sharing part of this conversation:

I have enjoyed most of the Dan Congs (Phoenix dancong oolongs) from my recent TeaHong delivery very much, especially the Ba Xian (Eight Immortals)! (He’s using the romanisation of the original names; that means he’s really into tea)

However, I am having a bit of trouble with the Honey Orchid Supreme since for some reason I always get bitter notes in my brews of that tea. By base infusion is 4-5g in a 140ml Chaozhou clay pot and brewed at 90 degrees for about 30 seconds. Even when I reduce the temperature or shorten the brewing time I still get bitterness in the tea. Do you have any further suggestions what I could try…

Indeed there is a distinct bitter note in Honey Orchid particularly in the supreme version. Some people regard it as a most important part of the taste balance and some others do not like it. There are ways to reduce its dominance. 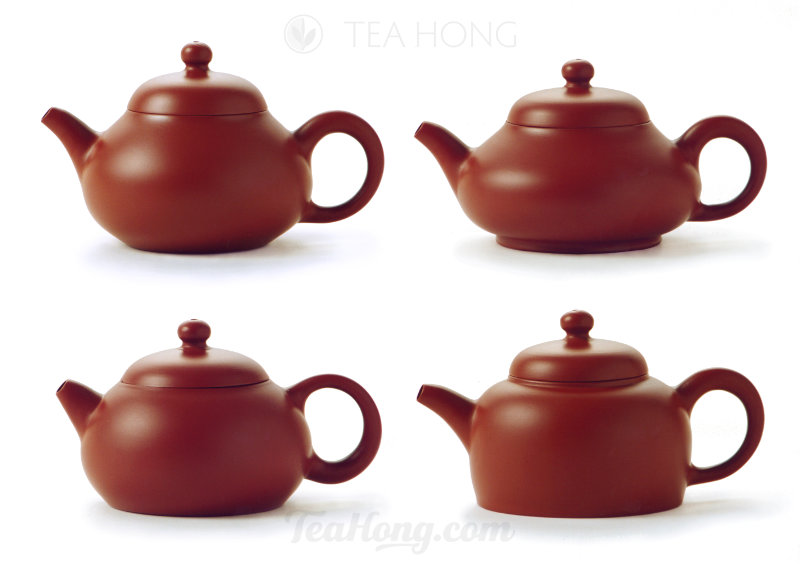 To some people, these hand-thrown, red-dyed Chauzhou clay teapot may look the same as Yixing teapots. They are, by their physical nature and capabilities, very different.

The Chaozhou style teapot is certainly not the best tool for using short infusion time. The very act of pouring through its small spout inevitably becomes part of the brewing time that is difficult to manage. Additionally, the relatively significant portion of infusion time during the pour with reduced liquid and thereby a dramatically increased leaf to water ratio can hardly contribute to desirable infusion results. A Chaozhou clay pot is not the best material for the tea either. The pot was intended for the old school Chaozhou gongfu tea style which is another topic of discussion. Before you graduate to that, I advise putting that pot aside and choose either a porcelain gaiwan, or a taster’s mug for a preference of short infusion time. If you do not mind waiting, a longer infusion time is actually much easier to manage the resultant taste profile. Then a genuine Yixing teapot can be used. I personally prefer a gaiwan, but since I like that bitterness there, so maybe you would want a Yixing pot to take away some of that. 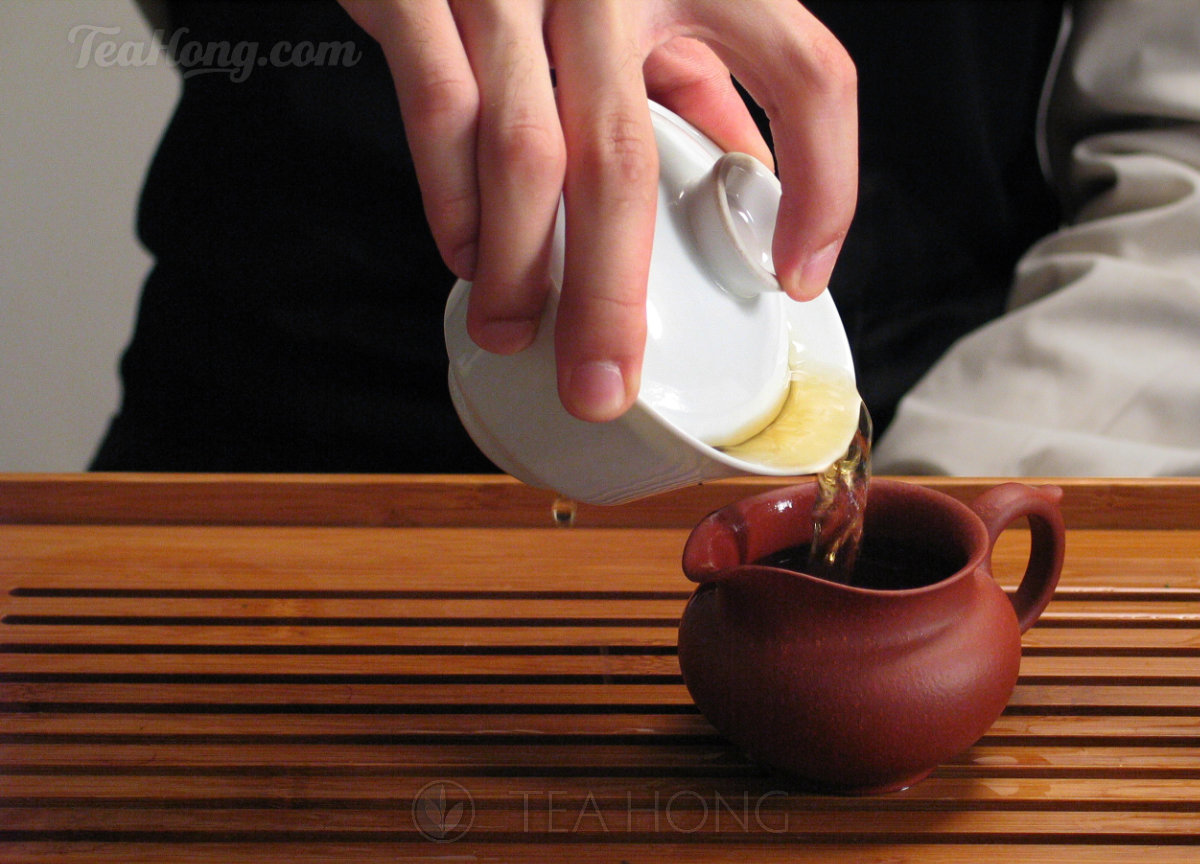 Decanting is much faster using a gaiwan. The vessel is therefore much more suitable for shorter infusion time.

The easiest way to reduce that bitterness is to use a longer infusion time, and a smaller leaf to water ratio, say 2 g to 150 ml for 5 min at 90°C. Blanch the leaves first. Adjust the variables according to your personal preference.

If that’s still too bitter, use a genuine Yixing teapot with a thicker clay. Do not use zhu-ni, duan-ni, or other fancy colour versions, use the good old purple clay or qing shui ni. Stick to that long infusion time principle.

For short infusion time, use a quick pour vessel

When using short infusion time, use a gaiwan or other quick pour vessels. 5g to 150ml is a good ratio to begin the testing with. When filing the vessel for either blanching or infusion, always avoid pouring into the centre of the leaf volume, circular around it instead. Count the pouring time as part of the infusion time. If 30 sec still gives you too much bitterness, reduce to as little as 15 sec, but increase the leaf amount.

Another factor is water quality. A good drinking water may not be a good water for tea. Total mineral contents should be maintained at around 100 to 150 PPM, while a lot of bottled water has 200 or over. Some minerals do interact with tea to form nasty tasting small particles. I had some very bad experiences in parts of the world that the water supply is loaded with TDS. For a stronger tea like Honey Orchid, the effect is greatly exemplified. Softer teas are less affected. 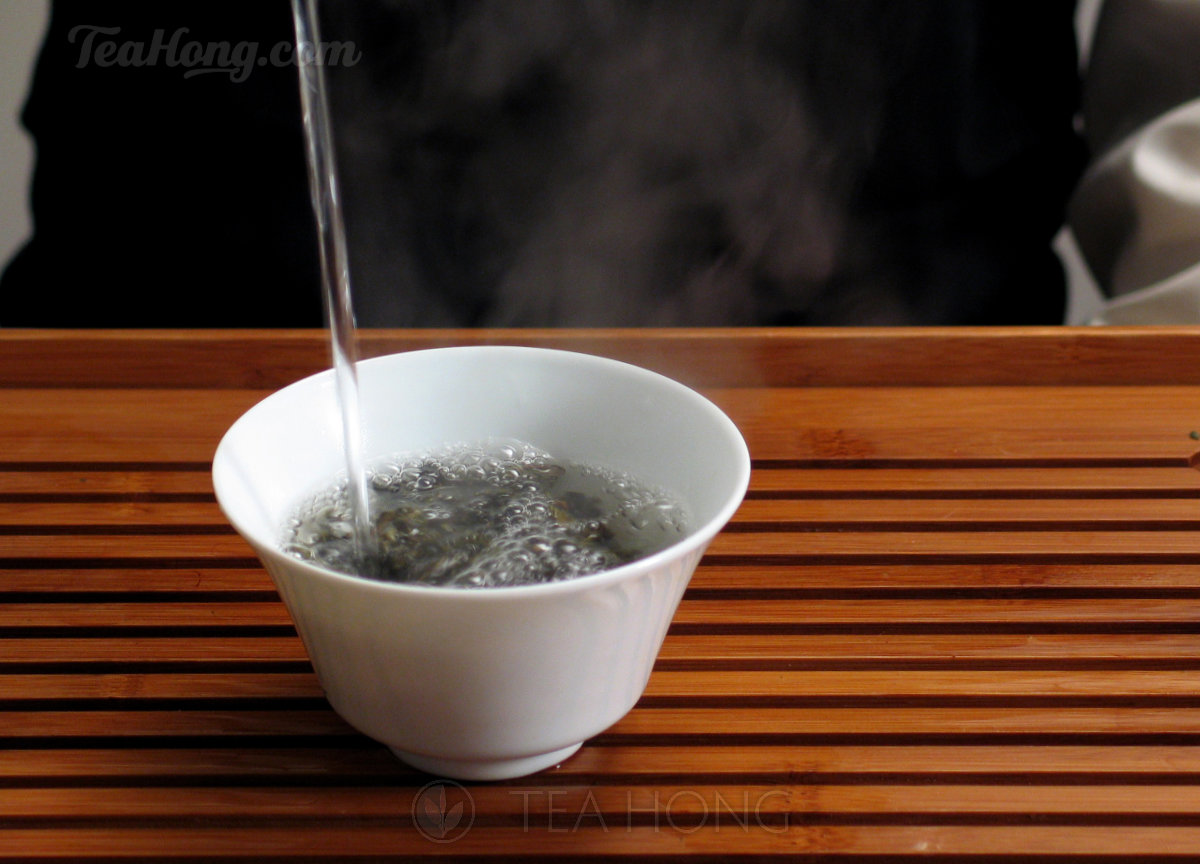 Thank you very much for your detailed answer! It really helped me to a lot. I’ve experimented a bit during this weekend. It turns out the water was the main issue. Using water with less minerals dramatically improved the taste of the tea. Increasing the infusion time also made the tea much better!

I also run a sequence of A-B testing with my purple clay pot and indeed this tea does taste less bitter and softer with the Yixing pot. 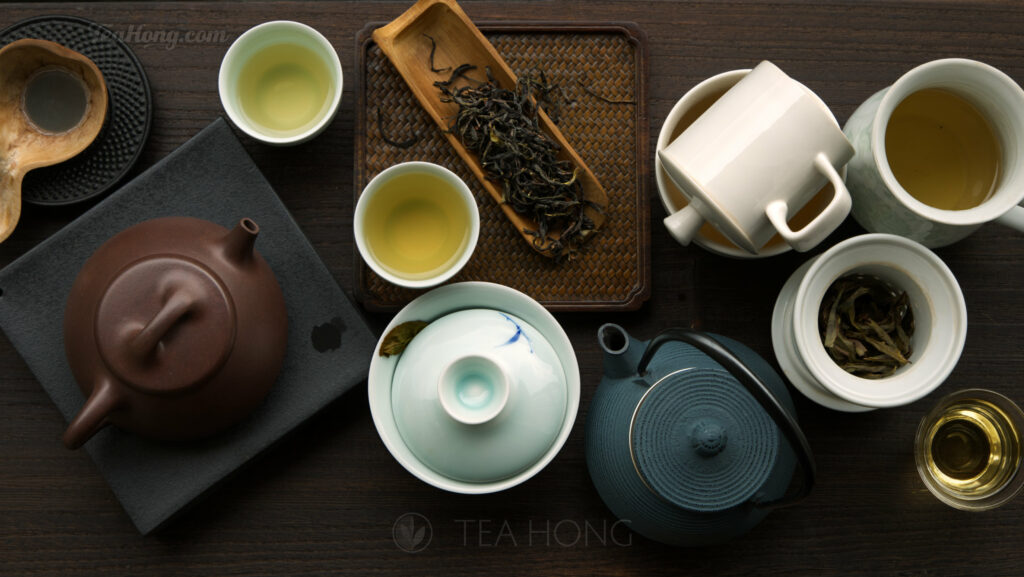 Most of the days I have at least one large cup of strongly infused dancong, in addition to other teas prepared to various strengths in various quantity, besides my obligation in tea tasting. Dependent on which variety, 3 to 5 g of leaves is infused for 5 to 7 min in a 220ml vessel, completely filled, using near 95°C water.

I know this is a far cry from those trendy quickies one may see on the internet.

The first impression of gongfu tea I had when I was a teenager was the tiny cup of extremely intense, challengingly bitter and yet surprisingly addictive classic style Tieguanyin served in Chaozhou restaurants in Hong Kong before and after the meal. This is a far cry from the watery liquid they serve when one walks into a teashop in China in the same name as gongfu tea.

Bad coins drive away the good.

Don’t get me wrong. Doing 15 sec rounds is okay with me, provided that the tea selection, setup, variables and other context are appropriate. As a demanding taster and having tasted quite a varieties of tea prepared in a variety of ways, I do not think indoctrinating any style or method is appropriate for dedicated tea drinkers. The ultimate goal, however, is for them to get to experience the full spectrum a particular tea has to offer. To make an enjoyable liquor from its leaves really is still an art form that is not only dependent on the setup and the variables, but also the changing taste preference of the individual. And how experimental one is spirited with.

I can make a strong cup of Tieguanyin much more balanced in taste than those in old Chaozhou restaurants half a century later now, but still prefer it not so strong. I have a number of other favourite teas for really intense brews, such as my lovely Phoenixes. 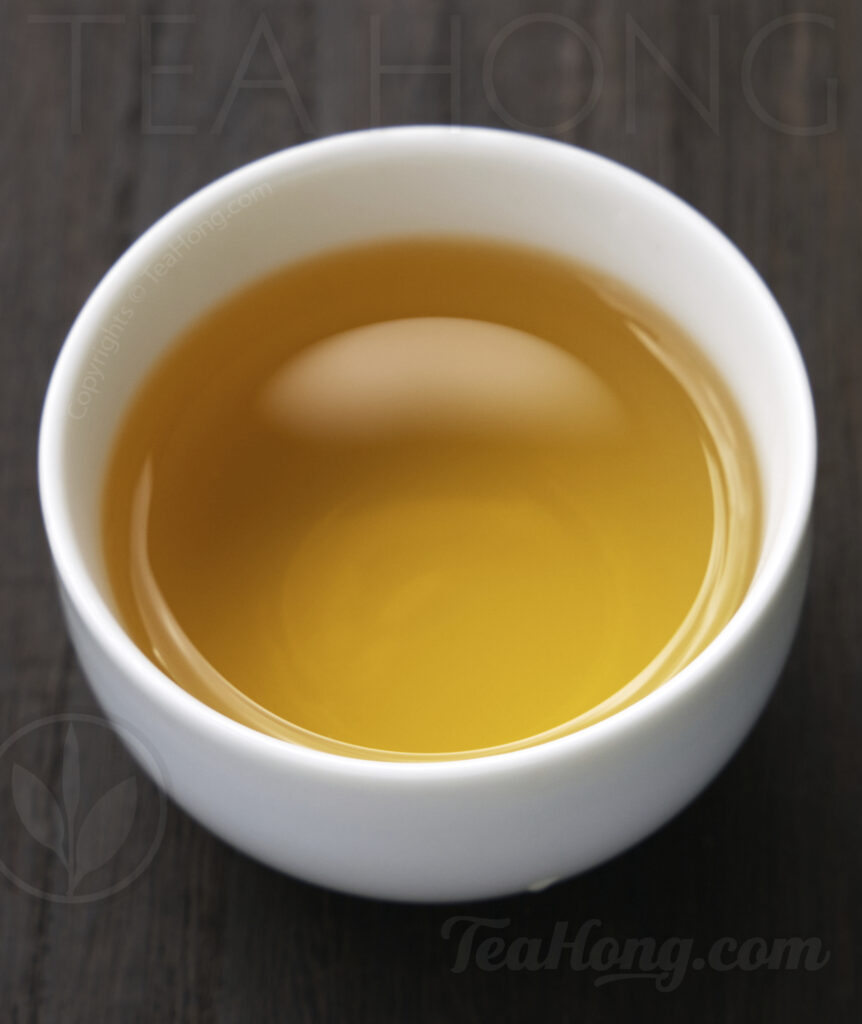 What really is a gongfu black tea?