Through years of researches a fine cultivar carrying the best traits of all the finest Wuyi natural cultivars is now mature and producing. Introducing Tea Hong’s Sacred Lily. Perhaps the most beautiful of all Wuyi oolongs. Grown deep in the steep mountains away from the touristy spots and masterfully processed for subtlety, complexity, and smoothness in taste. A tea that no true oolong connoisseur should miss.

Cleansing fresh sweet wood aroma with accents of cinnamon and Chinese sacred lily (Narcissus tazetta, Shuixian). Hints of citrus peel. Smooth, malty infusion carried through with a cooling sensation between the teeth and an underlying woodsy tone. Soothing, round body accented with touches of cinnamon, citrus peel and Chinese licorice root. Long, malty sweet aftertaste and cooling aftereffect at the teeth, the tongue and the throat.

For optimal results infuse at 90°C for longer durations or 95°C for shorter ones. A great selection for experimenting various gongfu techniques for different taste effects. Repeat infusion to get all the tea from the leaves. Too good to waste.

About the name Sacred Lily 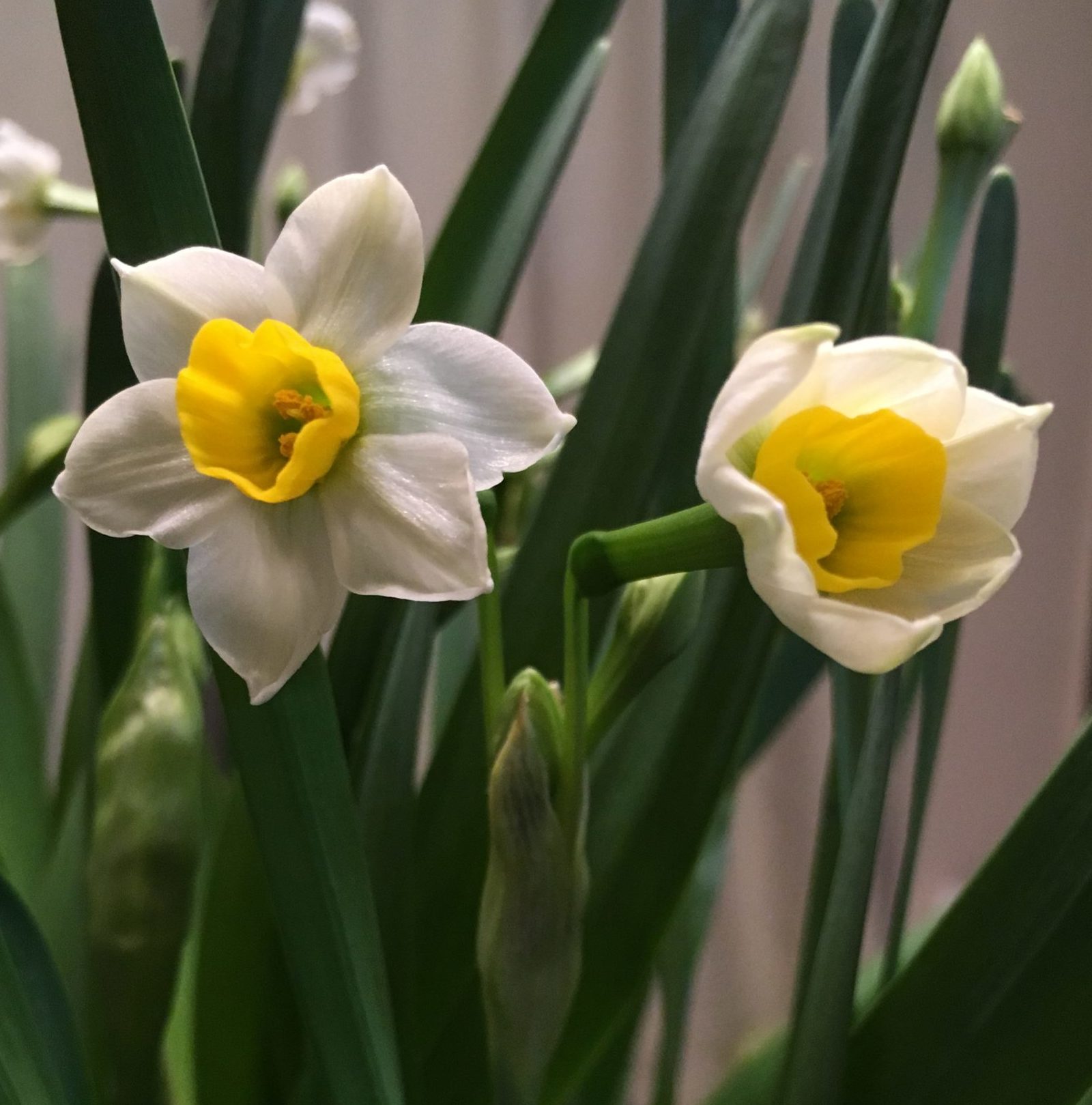 Sacred Lily, scientifically known as Narcissus tazetta, is originally the name of a particular kind of daffodils that is native in the Mediterranean and widely cultivated across the world, including parts of the Far East where the flower is celebrated during Lunar New Year. The bouquet has a rare essential oil that gives its unique fragrance. Coincidently when the tea leaves of a certain group of cultivars are being oxidised during oolong processing, a similar kind of strong aroma is generated by the leaves. The name of the flower is thus borrowed to name the tea.

This group of tea cultivars, Shuixian ( 水仙 ) which is the transliteration of how Sacred Lily is called in Chinese (oolongs have been produced for quite many centuries in China before spreading to other parts of the world), is a very large subgroup of wulong cultivars, which includes varieties of Fenghuang Dancong and Wuyi Yan Cha. It so happened that lower price versions of Wuyi varieties were widely adapted in tea houses across southern parts of China and throughout Southeast Asia that the name Shuixian began to represent generic Wuyi oolongs.

Tea Hong’s Sacred Lily is produced from a unique cultivar that is a cross between a Shuixian strand and a Rougui strand.

Only logged in customers who have purchased this product may leave a review.